Ti presento il cane
Home Allevamento - Cuccioli 10 questions about… raise or not to rise a litter? 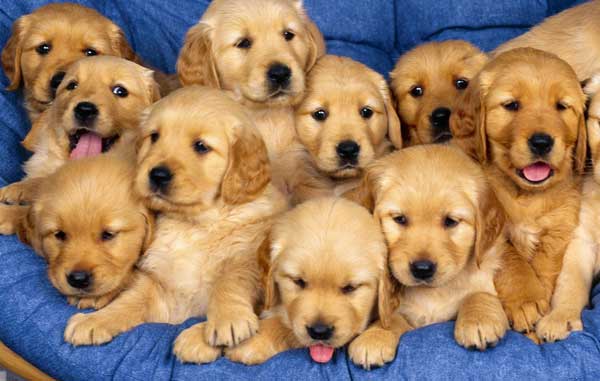 We have a female dog… it would be gorgeous to let her have puppies!
Or maybe we have a male dog, why not to look for a wife for him?
Actually, choosing to rise a litter should be a sensible decision, like choosing our pup in the first place.
Let have a look to a few of the most common questions about this topic and let’s try to answer them correctly.

1)  Is it true that the male dog covers humans’ legs because he feels the need to mate?
A: Absolutely NOT! The act of covering an object (or people or other animals) or anything different from a fellow dog of the other gender is an act of dominance, without any sexual implications. Even puppies do it, a long time before any sexual appetite appears.

2)  If the male dog is never to mate, does he suffer a psychological trauma?
A: No. A dog is not affected by the society and cultural environment he lives in. A male dog without a partner doesn’t feel himself to be “less masculine” and he doesn’t miss it. In their natural environment, just top-rank male and female will mate, the “alphas” of the pack: all the others will sit and watch, and they don’t suffer any need or complex because of this.
To think that a dog “know what he’s missing” is to think of him like a man. A dog doesn’t know he is missing something. If he gives it a try, he likes it (and then he suffers from stress, if he can’t have more!)
If he never tastes it, he lives a serene and quiet life. 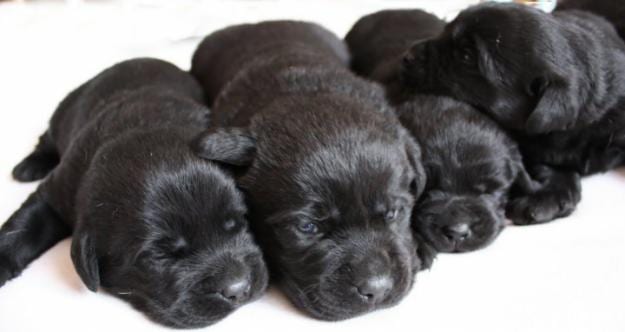 3) Is it true that the female dog, if she doesn’t have puppies at least once in her life, will suffer from several health issues, such as ovarian cysts and uterus tumor?
A: Absolutely NOT. You can avoid this kind of problem just by eliminating estrogens, i.e. spaying the dog, cutting her ovaries away. Having pups once in her life will be of no help whatsoever.
A study made in U.S.A. determined that being pregnant SEVERAL times (and not just once) can help protecting the dog from uterus tumor, but between one pregnancy and no pregnancies nothing changes at all. On the other hand, to make a bitch pregnant too many times in her life will stress her and will expose her to several other serious illnesses.

4)  A female dog without puppies will not lose her mother instincts?
A: Among dogs, mother instincts will grow with the puppies, not with the dog. And  they find an end the minute the puppies are old enough to go separate ways. So: a) it’s clear that without pregnancies, a female dog doesn’t need mother instincts (and in fact, she doesn’t have any!) and b) don’t think that the “mother instincts” would soften your dog’s attitude towards people and other animals, because there is no connection between the two.

5)  My female dog is very aggressive, would a pregnancy be able to change her attitude?
A: No. A sweet dog is sweet without puppies; a diffident, fearful and/or aggressive dog stays the same even if she gives birth to a thousand of puppies… and, unfortunately, she’s likely to give birth to diffident, fearful and/or aggressive ones.
If the genes of mother and father influence 50% each the morphology of their offspring, when it comes to character the mother is much more important.
Of course, genes comes half from her and half from the male: but she, after the genetic part, is the very first one to imprint her pups and the very first one to give them the basics of education. She’s their first teacher, their first guide, their first model.
Pups from a female who is afraid of men and runs and hides whenever she sees one will be very diffident, because they learned from the mother that men are dangerous and they need to hide from them.
Pups from a female who runs towards men wiggling her tail will learn that men are friends and be very friendly.
Of course, further personal experience will teach a dog different behaviors: but the point of start can differ a lot according to mothers’ behavior during pups’ first weeks.
For this reason, using a not-so-well-balanced bitch for reproduction will cause much more damage than using a not-so-well-balanced stud (even if it’s better using neither of them).

6)  Is it true that the male dog, after mating, will change his attitude?
A: Sometimes, yes.
This can happen especially in more wolf-like dogs, but with others, too. A dog who has covered a female feels himself invested of a dominant role, so he can become more aggressive towards other dogs, while before that he was always friendly. Sometimes aggressiveness can be shown towards his human family, too, challenging the human “chief” because he no longer recognizes his right to order him around.
Because the dog thinks we all belong to the same species and because the pack leader only can mate in the pack… the dog, after mating, could think to be promoted to the higher rank in the hierarchy and this can drive to some conflict with his owner. 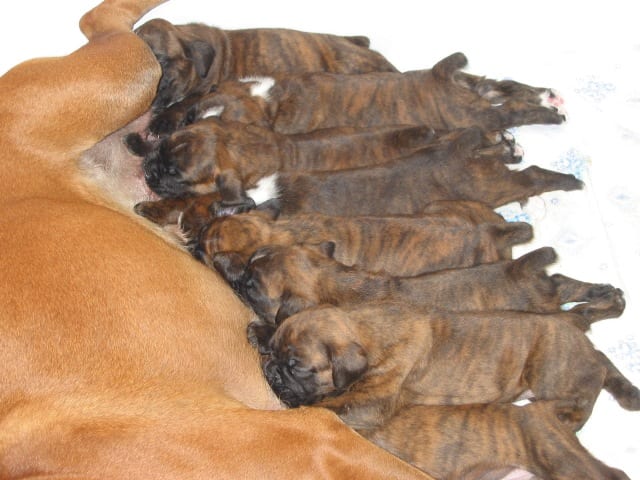 7)  My female dog is a mixt breed, but I would like to let her have puppies all the same. I know many mixt dogs end up in shelters, but I’ll be careful to choose loving owners for them. So why should I deprive my little dog of the joy of motherhood, and deprive myself of the joy to rise pups, that I think it’s an unforgettable experience?
A: I would need a whole book to fully answer this question.
But, let’s try to analyze the main points:
a) The joys of motherhood are human standards, not canine ones. A female dog has not a clue about “children”, “pups” and “mother instincts”… till she experiences them. But if she doesn’t experience them she doesn’t know them, as we said about the male who doesn’t know the joys of sex so he doesn’t feel stressed because he misses them.
b) No doubt raising a litter of pups is an unforgettable experience. But you should know exactly what’s in store, unless you want it to turn into a nightmare.
First of all, giving birth is a complex process and it can turn difficult: something may go wrong, and consequences can be severe.
Then, with puppies… for the first 15-20 days, everything is wonderful. From the moment they are born to their first feeding time, from their first clumsy staggering around to the moment they open their eyes, you feel like in a Disney documentary and you can’t turn your eyes away from the delivery room, because you’re enchanted there. But, after a while, the pups come OUT the delivery room… and if you have a kennel, everything stays wonderful, because you just bring them bathing in the sun in enclosure A, then soiling in enclosure B, then resting for the night in the shelter C. But if they are house born, it’s the beginning of the mess, with 3, 5 or 10 little rascals going everywhere, chewing everything and… soiling everywhere! And then you have to weigh them, check them, giving them the vermifuge, vaccinate them, ready to intervene if some of them is ill… etc. etc. etc.
A month of super-full-time effort. So be careful when you speak of “unforgettable experience”… because it surely is. But let’s see in which way!
c) To give birth to mixt dogs, in a world unprepared to welcome them (the shelters overflow for that reason) it’s a HUGE responsibility.
It seems easy to find new owners… it works, on paper: but most of the people who would be “so glad to have one of Lilli’s puppies”… if Lilli actually was to have puppies, would back-track, with every kind of excuses (“Oh, what a pity! I discovered my son is allergic to fur. Oh, what a shame! We are moving to an apartment where dogs are not allowed…” and so on).
But, even those who actually take a pup… what can they guarantee?
How can we be REALLY sure that they’re not taking the dog just “to give it a try”… and then, when they discover that puppies do bark soil chew lose fur… decide to get rid of it?
Often animal-rights supporters claim that breeders speculate on dogs, because they sell them and don’t give them for free. Really – besides “production” expanses for a high quality litter, you have to consider that someone who paid for a pup is considerably more shy about throwing it away when he founds out the commitment required is more than he expected.
It’s not that a mixt puppy is regarded as a “B rate puppy” because he is a mixt, but because he is FREE!
At this point many people will object: “But I’m so sure about the people I’m giving the pups to! There is my cousin, my sister, my uncle…”
To this people I say to go having a good look to the local shelter: those dogs, ALL of them had an owner once… and all of that owners are sure to have been someone’s cousins, sisters, uncles.

8) Then, you dog experts think that just expo champions have a right to mate?
NO!
But the right to be borne should be just for healthy and “desired” dogs, i.e. those dogs that have great chances to find a loving family.
The choice to breed good individuals only, derives from the knowledge that humans are  not ready to love everyone who deserves it: they love those who are externally beautiful and don’t bring too much problems with them.
Wrong or right, unfortunately, this is a fact.
Shelters are full of dogs “not beautiful and not healthy” that anybody wants, so giving birth to others is a very insensible thing to do.
Besides, breeding a specific pure breed allows to keep under control character (because you have to choose wisely to have well balanced dogs) and health, keeping in check main genetic illnesses.

9) If a female dog doesn’t have puppies, will she suffer of hysterical pregnancies?
It isn’t proved that the delivery of pups influences hysterical pregnancies in any way.
Some females start to have them after pups, while they never suffered from that before. Actually, hysterical pregnancy isn’t connected with a so-called “desire” for motherhood, even if the dog can manifest morbid attachment to a toy, start producing milk and showing other signals that make you think she is desperate for puppies.
Real atavistic reasons for hysterical pregnancy must be retraced in wolves’ world:
a)  Just alpha male and alpha female mate, so there is just one litter a year
b)  Mothers, after giving birth, are never sure to survive
So Mother Nature thought of the perfect solution: another female in the pack (usually a sister of the alpha female) will prepare to have milk.
So, should the mother die, she would feed the orphans and the species will survive.
This is a behavior with no more reason to exist in house pets and it’s probably doomed to disappear: but as for now it happens quite often… and he can’t be prevented or controlled by mating and pups.

10) If you decide NOT to have puppies, what’s best, keeping the dogs under control or neutering them?
A: Spaying the female (but neutering the male, too) it’s a safe birth-control means, and also a true prevention of many genital pathologies. So it’s always recommended, when at a young age.
If the dog is more  mature, health prevention becomes less assured, so you can choose more freely. For an old female health benefits are almost gone, and the risk of a surgery (even if minimal) can’t keep the operation into consideration. In this case the game isn’t worth the candle.